Meteorite fragments were recently scattered around Sutter’s Mill in California, the same region where the first nugget of gold was found that sparked the Gold Rush in 1848. Scientists believe the meteorites may hold answers to unsolved mysteries about our solar system and the origins of molecules necessary for life. When the Gold Rush began, people headed to California seeking their fortune. Now, with this meteorite hunt, people once again have flocked to this area to search for scientific treasures.

The Sutter’s Mill Meteorite landed at 7:51 a.m. PDT on Sunday, April 22, 2012, outside of Lotus, Calif., in a horse pasture located in the Sierra Nevada Mountains. The de Haas family owns the property.

“It sounded like a sonic boom but longer,” said Alan Ehrgott, who lives in the Sutter Mill area. “It seemed to last 45 seconds. It stopped me in my tracks.” 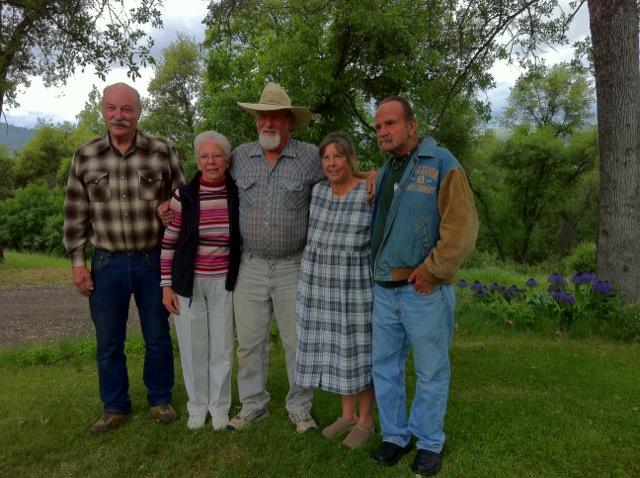 The de Haas family has generously donated the meteorite to NASA.

Merv de Hass, who owns the land where the meteorite was found, donated the fragment to NASA. “If I could contribute to science in some small way, then that would be great,” said de Haas. “I’m looking forward to the results.”

Eugena de Haas lives on the land where the meteorite was found. She informed NASA scientists that they were approved to search that land. “I feel like I have done a service to my country,” she said.

“The de Haas family has welcomed NASA’s involvement with open arms,” said NASA Lunar Science Institute (NLSI) Director Yvonne Pendleton. “I want to express my personal gratitude to them. They should be commended for their contribution to scientific discovery.”

This is a very rare type of meteor and scientists have precious few samples of this kind of material. The meteorites are very interesting to scientists from an astrobiology perspective, as they contain molecules related to how the building blocks for life on Earth may have been delivered from outer space. Scientist believe that this meteor could hold the answers to the origin of life on Earth and the universe. By studying the meteor, scientists also will learn more about the early solar system and the formation of our planets.

“This is among the most chemically primitive meteorites,” said NLSI Deputy Director Greg Schmidt. “It’s like asking ‘how did life on Earth begin?’ and then having a fossil fall right in your back yard. This is exciting stuff — who knows what’s inside? The Sutter’s Mill Meteorite could be the most profound sample collected in over 40 years.”

The people who work at NASA had an opportunity to participate in the meteor hunt. Peter Jenniskens, a meteor astronomer with the SETI Institute working in collaboration with NLSI, led the search. He was directed to the right location by Marc Fries, a scientist with the Planetary Science Institute in Tucson, Arizona, who was able to track the fall through a highly innovative use of weather radar.  A group of NASA Ames employees went to the mountains to assist in the search on Thursday, May 3 and Friday, May 4, 2012.

“It’s heartwarming to see people coming together in the name of science,” said Pendelton.

For Jenniskens, finding this meteorite is equivalent to winning the lottery. Because this discovery is a very rare carbonaceous chrondrite that decomposes quickly in damp weather, the science team hopes to cover a large amount of terrain to identify possible candidate pieces for recovery before they decompose.

As Jenniskens finds the meteorites, he notes their exact location to better understand the meteor’s fall to Earth.

“I am grateful this meteorite was found quickly,” Jenniskens said. “We need to recover as much material as possible from the damp environment before weather affects the rocks too badly.”

Since there was such a large piece of land to search in a short amount of time, Airship Ventures’ Zeppelin was called in to help conduct the search. The airship provides an ideal search vehicle, due to its ability to fly slowly and methodically over an area with a group of trained observers aboard to relay possible candidate coordinates to a ground team for investigation. The airship also carries a high definition gyrostabilized camera, often used to help photograph sporting events. In addition to the camera mounted on the airship, observers in the ship used binoculars and cameras to help spot burn patches and potential impact sites.

“I suspect this is the first time in history that anyone has searched for metorites with an airship,” said Schmidt.

So far the fragment donated by the de Haas family was one of the largest meteorites recovered, but the search for even bigger samples will continue over the next few months, and scientists will be studying these meteorite samples for many years to come.

END_OF_DOCUMENT_TOKEN_TO_BE_REPLACED

Water ice and other frozen volatiles are to be found in many shadowed craters near the lunar poles.