Pluto May Have 10 Undiscovered Moons 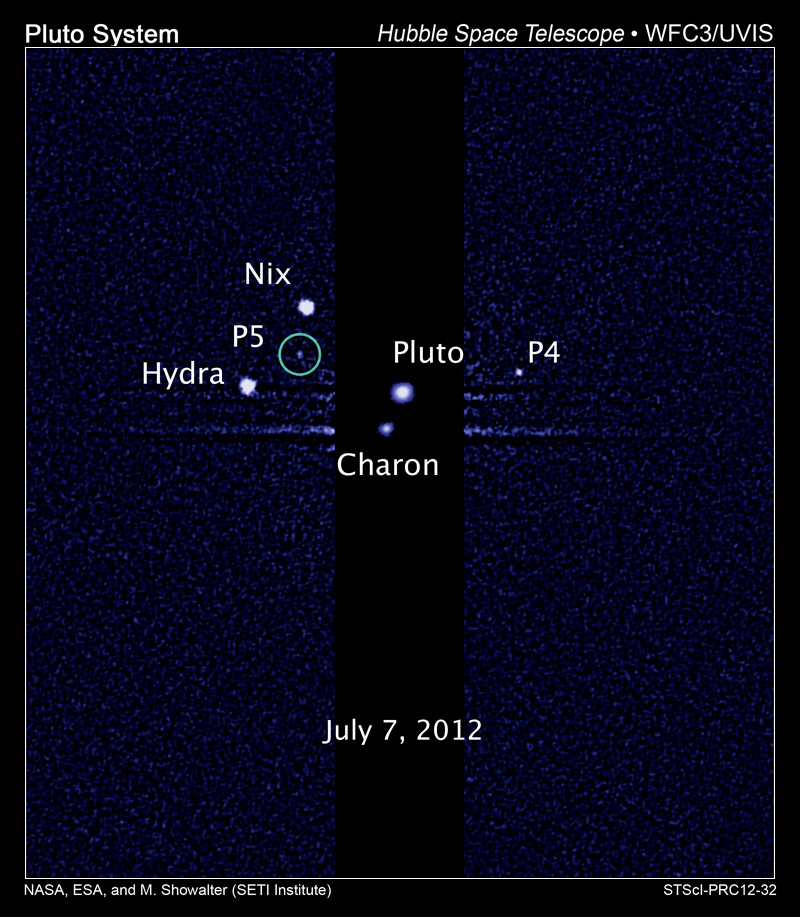 A flotilla of 10 or more tiny undiscovered moons might be in orbit around Pluto, complicating the New Horizon spacecraft’s planned flyby of the distant dwarf planet in 2015, new simulations suggest.

This preliminary finding could make life even more difficult for the team planning NASA’s New Horizons mission, which is slated to take the first-ever up-close look at the Pluto system in July 2015. After Pluto’s fifth known moon, a small satellite known as P5, was discovered last year, officials said they may need to redraw the spacecraft’s path to avoid such obstacles.

“We have a Plan B trajectory in place to deal with the possibility of orbital debris around Pluto,” said Dale Cruikshank, a New Horizons science team collaborator with NASA’s Ames Research Center, referring to the new simulations. He added he hasn’t thoroughly analyzed the new study yet.

The finding comes as a result of simulations conducted by NASA’s New Horizons mission team. Simulations conducted by the team show potential moons that may measure just 0.6 miles to 1.8 miles across. NASA scientists say the moons are too small to be observed from Earth, and that they are likely surrounded by a thick cloud of dust from which they originated.

“We’ve found more and more moons orbiting near Pluto — the count is now up to five,” Dr. Alan Stern, principal investigator of the New Horizons mission and an associate vice president of the Space Science and Engineering Division at Southwest Research Institute said at the time. “And we’ve come to appreciate that those moons, and those not yet discovered there, act as debris generators that populate the Pluto system with shards from small, colliding Kuiper Belt objects.”

If astronomers are able to detect ten additional moons, that would increase the number Pluto moons to fourteen. Currently, Pluto hosts five moons — Charon, P4, Nix, P5 and Hydra. But NASA concedes it’s unlikely astronomers will have the ability to further map the debris field. The probe itself may detect some of the larger objects, but smaller objects will likely remain undetected until the probe arrives.

The simulation comes seven years after NASA dispatched an ambassador to the planetary frontier. After 10 years and more than 3 billion miles, the New Horizons spacecraft is slowly nearing Pluto, on approach for a dramatic flight past the icy mini-planet and its moons in July 2015. The probe will be just the fifth to traverse interplanetary space so far from the Sun and the first to travel so far to reach a new planet for exploration.

The study is slated for publication in The Astronomical Journal and is currently available on-line at Arxiv.

END_OF_DOCUMENT_TOKEN_TO_BE_REPLACED

The lunar day (or the time from sunrise to sunrise) on the moon is approximately 708 hours.